At the weekend we settled down to play an Escape Adventure in a box.

The game consists of a a pack of playing cards and an instruction booklet.

You will also need internet access to play the game, as it requires an application to be downloaded from the App Store or Google Play. As well as keeping track for your time, the app gives hints and clues and allows you to enter codes.

The booklet suggests you play the tutorial game first. This consists of 10 cards and gets you accustomed to how the game works and what types of cards are in play. Objects can be blue cards or red cards, indicated by jigsaw puzzle pieces in the corner. You can combine them to solve a clue. For example a key may be a blue puzzle piece which can be combined with a red puzzle piece to open a cabinet. Machines are green cards and codes are yellow cards.

We’d put off playing this game until we had enough players. Other escape games in a box work with four players, but this suited a large team as the game starts with players being divided.

After reading the introduction card, we split into two groups and read the “new rules”. One team had crash landed in a deserted area and had to play with the yellow ring cards. the others found themselves facing a Greek temple and were to play with the green ring cards. we were told we must work separately.

As the game progressed we unlocked the ability to communicate with each other. this lead to communication puzzles, just like in physical games when some members of the team are locked in another room and must describe things to the others.

And just as in a real escape room, the teams were eventually reunited.

Unlike a physical escape room, the boxed game includes penalties. If you combine the wrong cards, you can get penalised on time.

We enjoyed the game, although we were not able to complete it within the 60 minutes and found the final puzzle obscure. 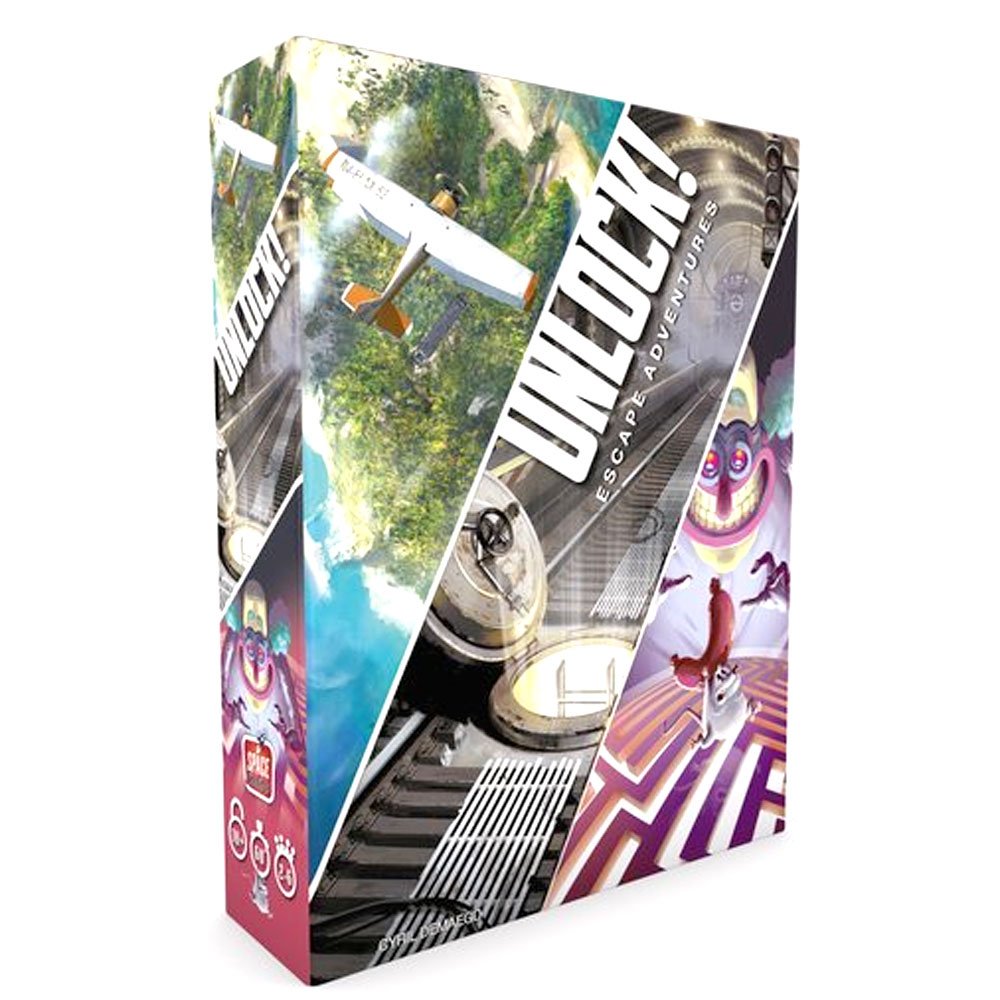 2 thoughts on “Unlock!: The Island of Doctor Goorse”