The WAAF were serving tea to the airmen playing darts and cards when the attack happened. No-one expected the Luftwaffe to launch a resurgent attack on Britain.

With their air base hit by the first wave of heavy bombing, the airmen abandoned their darts match. As the only survivors, the airmen and the WAAF needed to access the strategic ops room and mobilise the full force of the RAF to save Britain.

With another attack imminent, there is no time to loose.

So begins ESCAPE PLAN: THE BATTLE FOR BRITAIN

A friend invited us to play the new story from Escape Plan which is set within World War II at an unnamed RAF base.

The game starts in the officers mess, with its photos of airmen and pub games. We played the only survivors of the Luftwaffe surprise attack. There were enough challenges to keep everyone occupied as we searched for a way to get into strategic operations.

A nice range of puzzles feed into a bigger puzzle that got us into the next room. This  room contains an impressive piece of prop some of us were especially eager to access.

Once inside the strategic ops. room, we set about gaining control of the surviving airbases. Our aim was to shoot down as many German bombers as possible. We had to find the correct airbase codes and despatch the planes before scurrying to safety ourselves.

Able to get all aircraft airborne, we activated the escape code to get us to safety. A great time, plus a few great photos to mark the occasion. Recommended. 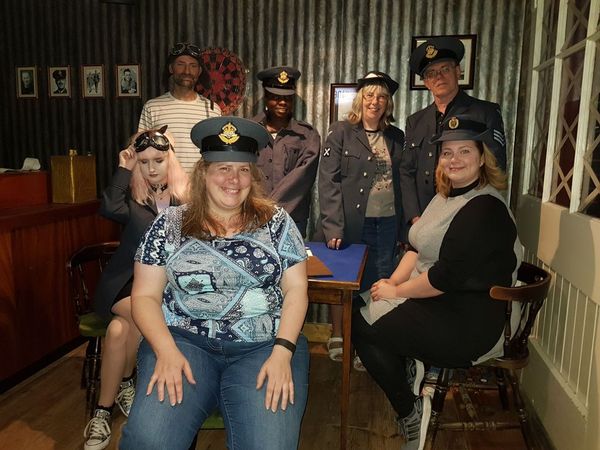 Sign up for the ITM Games Group newsletter for news and offers on clue solving adventures and city adventures.