Treasure Hunts in London has just run its annual Love and Marriage Treasure Hunt at The Tate Britain. Romance was in the air, and in the gallery, as teams set off to hunt for clues. They solved clues and puzzles, while answering questions about love and marriage, couples and engagements. The Tate Britain’s collection of British art  ranges … END_OF_DOCUMENT_TOKEN_TO_BE_REPLACED

The Wallace Collection is an unusual London museum as it is housed in an historic London town house. This national museum houses unsurpassed displays of French 18th-century painting, furniture and porcelain with superb Old Master paintings and a world class armoury in its 25 galleries. We explored the house looking for objects and artwork on the Themes of Love … END_OF_DOCUMENT_TOKEN_TO_BE_REPLACED 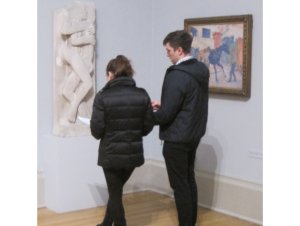